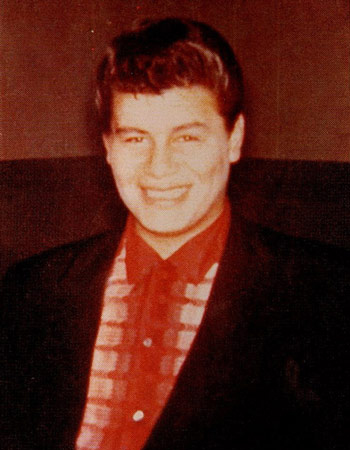 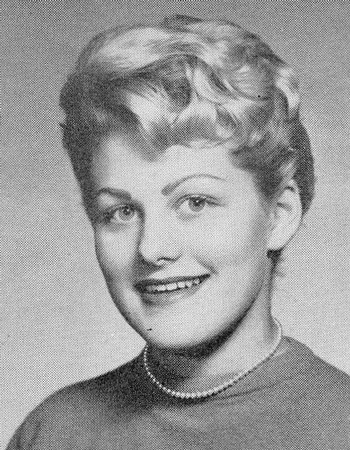 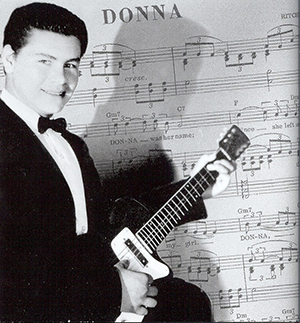 Was released nationally in late October 1959. Ritchie had told Donna that he was writing a song for her. She heard the song for the first time on her car radio - she couldn’t believe it. Her girlfriends went crazy when the D.J. played it again. 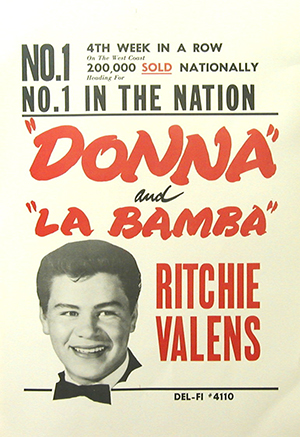 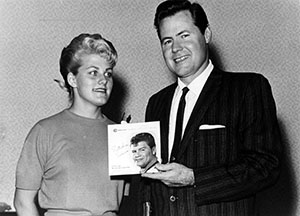 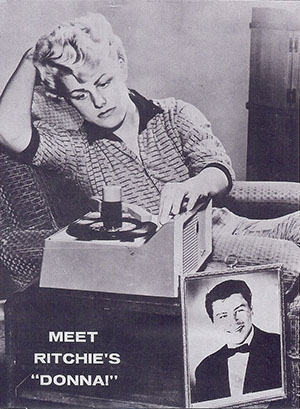 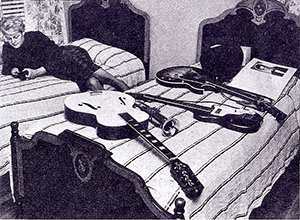 Donna in Ritchie’s room with his guitars. Only his Fender guitar is missing. He had taken it with him on his final tour.

Donna at her home 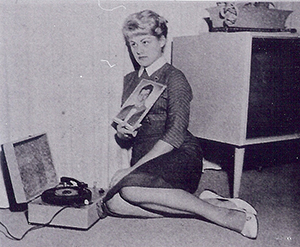 This photo is taken after Ritchie’s death during an interview. 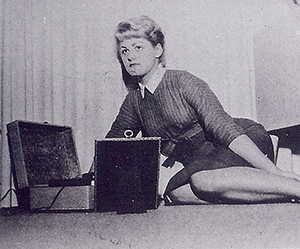 Photo part of the same interview. 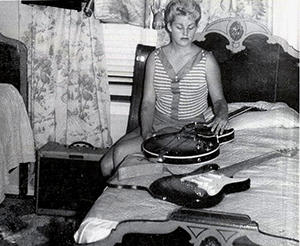 The Fender guitar had made it home. Also pictured is Ritchie’s Gibson guitar that he and his mom had purchased just a few months earlier. 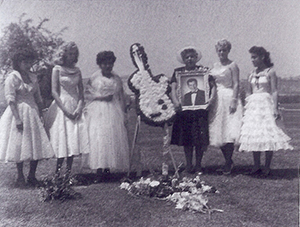 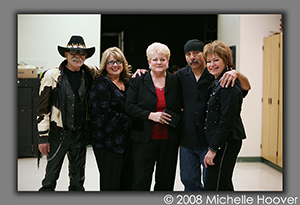 Donna shares her memories of Ritchie

Ritchie was my first true love and my first experience losing someone I loved. Ritchie was a truly good guy; kind and polite. He liked to dress well and always look good. I still remember his aftershave, “Old Spice.” Ritchie spoke often about his family. He wanted to buy his mom a home. Ritchie’s mom and I grew close. She made me feel like family and she taught me how to cook Ritchie’s favorite foods: tamales, menudo and enchiladas. Ritchie’s family has influenced me and my family by showing me that with the love and support of family nothing is too difficult. They are a blessing to me and my family.

Donna was a great comfort to Ritchie’s mom and sisters after Ritchie’s death. Donna has attended the Winter Dance Party Concert for the last several years as a special guest. Her graciousness to Ritchie’s fans and support of Ritchie’s family continues to show the bond that was created almost sixty years ago.

The Ritchie Valens family would like to acknowledge Alan Clark (The Alan Clark Archives), Donna Fox, Judy Willis and Michelle Hoover (Photographer) for their contribution to this page.