The photographer who took the photos of "The Day the Music Died".

Imagine walking into a restaurant in the small Iowa town of Thornton, a town it seems that time forgot and meeting the man that was at the crash site that took your brother's life. Elwynn Musser worked for the Mason City newspaper the Globe Gazette in 1959, Elwynn who is in his early 90's is still sharp and clear of mind. When Connie and Irma along with Randy and Doris decided to accept the invitation to the early morning breakfast, they had no idea what awaited them. Stunned would be an under-statement when Connie and Irma were introduced to Elwynn Musser as the man who photographed their brother at the crash site. Elwynn was very careful not to be morbid as he spoke of his experience. There on the table sat the camera that Elwynn, Mr. Musser took the actual crash site photographs with, it was hard not to get emotional. Connie asked Elwynn if she could hold the camera, she was surprised by the weight of it, immediately she sensed that this was the real deal, she asked which one of the framing viewers he had used and then picked up the camera to look through it, amazing!, over 50 years before the camera she now held had taken the last photographs of Ritchie. We'll be forever thankful for the opportunity of such a wonderful God-incident. Each year there is always a special moment in our pilgrimages to Iowa that set that visit apart, it seems that closure will never come then we realize it's all part of our healing. Special thanks the the Buddy Holly British Society for the generous invitation. 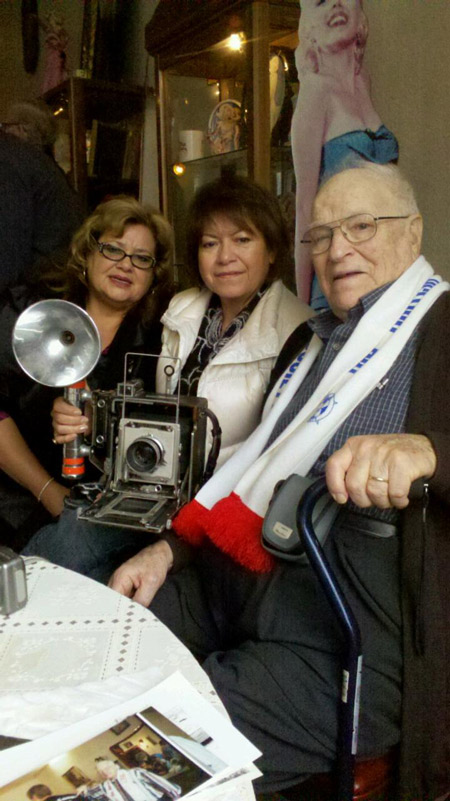